After bringing a new team member to the team, Natasha received a voucher as a thank you. She says:

“During my time with Neylons, I have observed everyone is welcoming and encouraging to the younger staff so we were happy to bring Rhiannon on board.”

Rhiannon was happy to come on board as she had been working evenings with her previous employer so she was grateful to do day shifts. Rhiannon has enjoyed being part of the Neylons Team in SMA.

Katelyn, our site manager, had full confidence in Natasha’s recommendation. She says:

“Natasha has worked for Neylons for 6 years and I have worked alongside Natasha for several years. She is a dream employee. Very capable and reliable so I was happy when Natasha recommended Rhiannon for the job. I knew anyone Natasha would recommend would do well.” 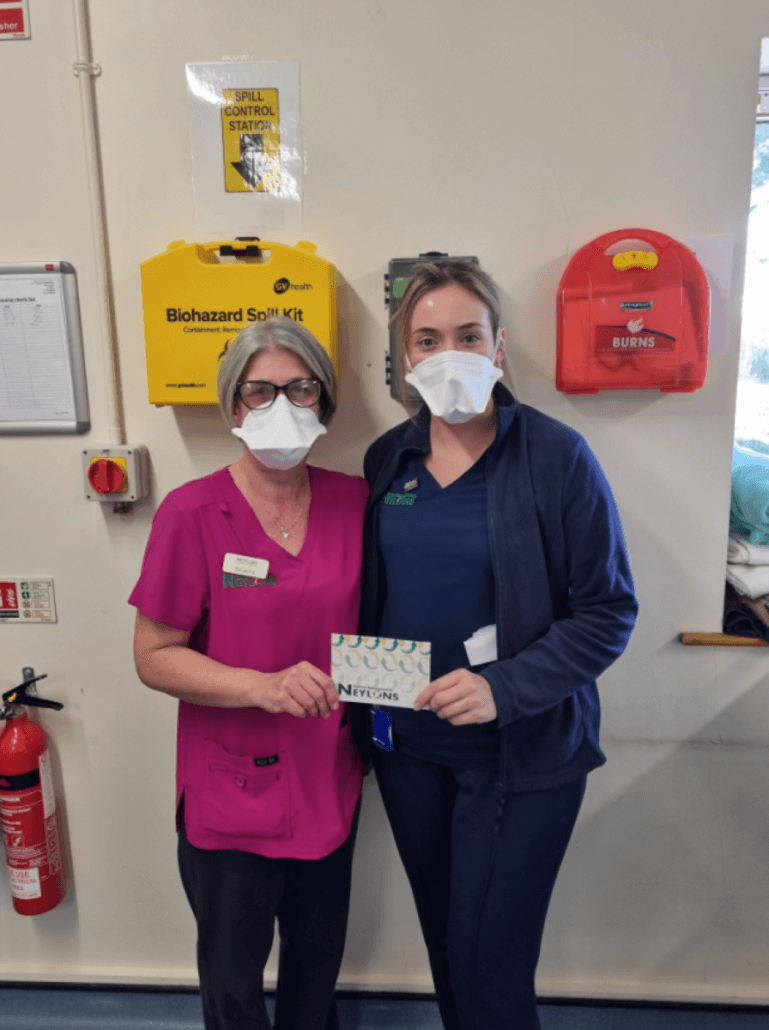