Neylons Facility Management has been named ‘National Winner’ in the 2019 European Business Awards, one of the world’s largest business competitions. Neylons won the  Digital Technology Award. In a world that is increasingly focused on compliance Neylons have brought innovation in the form of their unique CAFM system.

They were chosen from 2,753 businesses named as ‘Ones to Watch’ in a list of business excellence published in July and selected as a National Winner by a panel of independent judges including business leaders, politicians and academics. It is the best business in Ireland within the category of  the Digital Technology Award and will now go on to represent Ireland in the final stage of the competition.

This is Neylons Facility Management second year entering the prestigious awards. In 2018 Neylons won the top award for Workplace and People Development at both National and European level.

Neylons Facility Management will head to Warsaw, Poland on the 3rd and 4th of December to complete a final round of judging and attend both a Summit to engage in business issues, and the Gala Ceremony where the overall category winners for the 2019 European Business Awards will be announced. 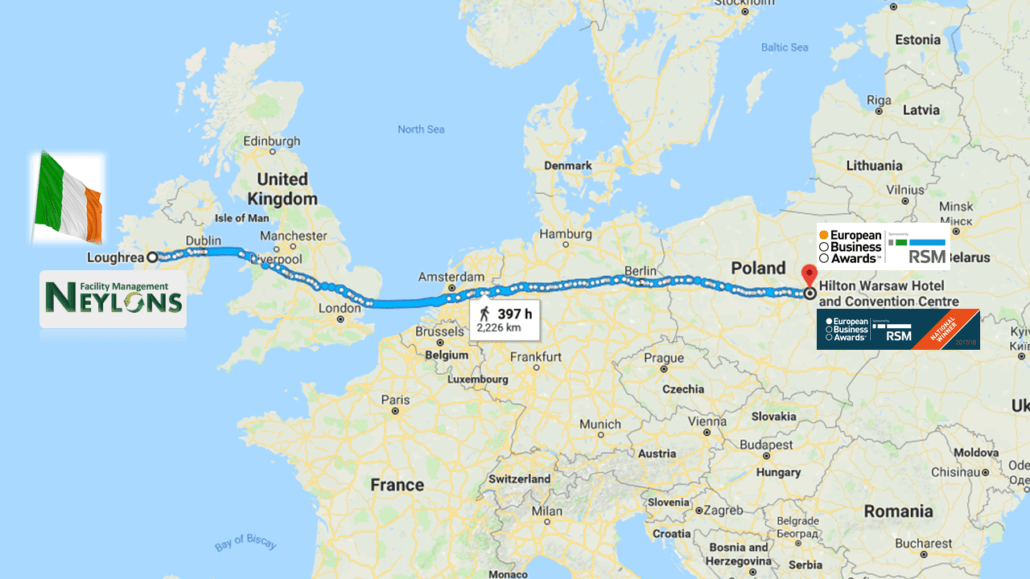 “The Workplace & People Development Award was very special to us as a service company. We put people at the heart of what we do. Next to people, process is key. We train our team and give them the tools to succeed. Entering the Digital Technology Award made sense and we are delighted to have won based on Neylons CAFM.”

“I knew the day I founded Neylons that technology would be key. We started working on this over a decade ago and we still improve it every year. What amazes me is how simple it is for people to use and how each client is so surprised by its capabilities. We have worked hard to ensure we have the right mix of people, technology and training to bring our capabilities to the market – together it all works”

Adrian Tripp, CEO of the European Business Awards said ‘This is a significant achievement and Neylons Facility Management is an outstanding leader in their field. To be chosen as a National Winner means you show great innovation, ethics and success and are one of the best businesses in Europe. We wish all the Neylons team the best of luck in the final round.”

The European Business Awards is now in its 12th year and its primary purpose is to support the development of a stronger and more successful business community throughout Europe. This year it considered over 120,000 businesses from 33 countries. Sponsors and partners include Inflexion, Germany Trade & Invest and Cision PR Newswire.

For further press information or for case studies/interviews, please contact:

About the European Business Awards:

The European Business Awards is one of the world’s largest and most prestigious cross border, cross sector business competitions. Its primary purpose is to support and develop a stronger, more successful, innovative and ethical business community in Europe, as it believes businesses play a key role in addressing major issues faced across the world.

What makes the EBAs different?